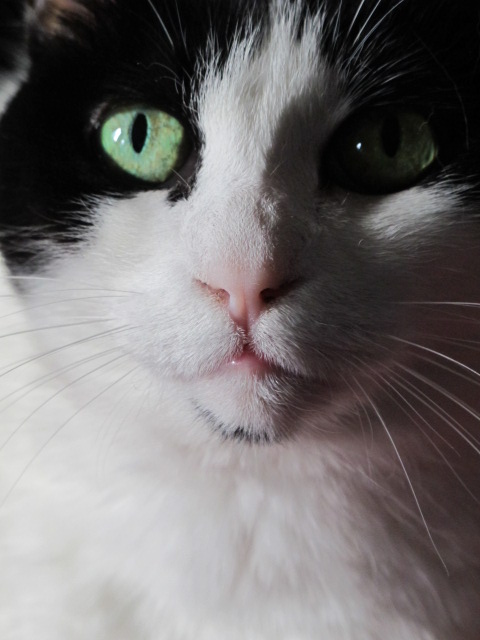 From my arms she sprang
Across a bridge of rainbows
Into a kinder land
Rest in Peace, my little one.
You were the best cat ever.

We had to put Nabiki to sleep on January 9th. She was just a few weeks shy of 17 years old. As I had feared, her thyroid disease was progressing, and the treatment options were getting past what we could afford. She had lost a whole pound since she was last at the vet 3 months ago, and she was a very small cat to begin with. She was so hungry, all the time. When she wasn’t sleeping, she was begging for food. And I would feed her, but she burned right through it. I just didn’t want her to suffer anymore.

Nabiki was the sweetest-natured cat that I have ever met. Feisty, too, when she needed to be–no cat was going to boss her! (Except that they did, but she made her displeasure known.) She was so cute and funny, and honestly, my favorite cat of all the pets I’ve had.

I will miss her so much.