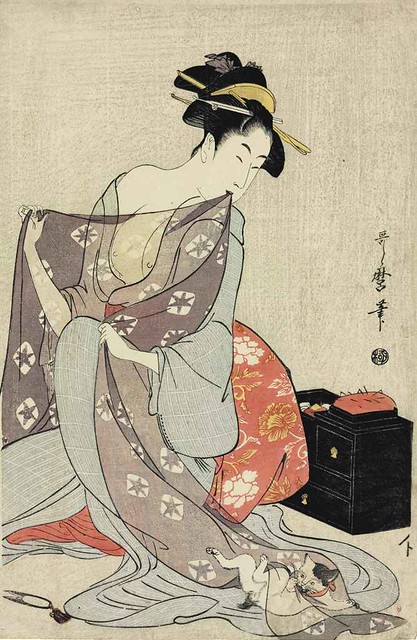 So we’ve decided to give Gulf Wars a try next year. My husband (Alfgeirr) and I are not great campers, but I have been to Pennsic twice (in my younger days), we’ve camped at Lilies, and at Armorgeddon, which tells you about how long it has been since we camped. (Since we moved near the KC area, we tend to day-trip Lilies when we go now.)

I measured my husband the other night for some new garb. Alfgeirr still fits some of his old garb, but his body shape has changed a bit, so it doesn’t fit as well as it did. It was funny, I grabbed the tunic worksheet that I had used the last time I had made him garb (3/15/2008–wow, it has been awhile!). He maybe hits one or two events a year due to his crazy work schedule, so I haven’t felt a need to make him anything new for awhile, but obviously he’ll need more for Gulf. He’d gained a lot of weight, then lost some of it, and really, the only big measurement difference was his abdomen (waist, hips). He’s one of those guys who carries his weight that way, whereas when I gain weight, it is distributed all over my body.

So it’s time to finally make the blasted Thorsbjerg trousers I’ve been promising him for the past 3 years. They’ll be a modified version–I’m adapting a pajama pants pattern and adding the crotch gussets which define the Thorsbjerg trousers. No footies, and he’d rather have a drawstring waistband than have to belt them, then belt the tunics above. I’ll do a trial pair from an old sheet and see how it goes, then use that as my pattern for the rest. Got everything out and ready, just doing my usual cutting procrastination!

He’ll also be getting some new tunics, but those are easy. I know I’ve got trim stashed around here–gotta dig through the stash. He has a Mongol-style hat if it gets cold, but he’ll need a 6-panel hat as well as a few hoods. He already has two pair of winningas, a variety of bags, two plain leather belts, and a torse if he feels fancy, so he’s good there. If I’m feeling ambitious, I might try to make a coat. Those look so awesome.

He doesn’t want to wear period shoes, due to some long-time foot issues. He’s had several surgeries on his left foot and his foot-shape is so odd that we have issues finding him modern shoes. Hey, whatever, he’s coming to the event with me. His plain black tennis shoes would blend, kinda. (Not really but I’m not pushing it.)

I’m in a quandary as to what to make for myself. I had bariatric surgery a few months ago. I’ve lost a lot of weight this past 6 months and I’m already where my old garb is way too big on me (and the stuff I outgrew years ago was donated to various groups’ Gold Key). I have 5 names registered (Austrian, Anglo-Saxon, Japanese, Magyar, and 16th century English), but my main focus has been on the Japanese for the last 15 years.

Apparently (according to a good friend), I confuse people because I so rarely wear Japanese garb, but instead usually don 10th-11th century Anglo-Norman stuff. I do that because it is fairly shapeless, easy to make, and I can wear wimples to hide my short hair. I actually took apart and remade two of my old tunics when they got too small for me, and still get compliments on the way I did it (added plain white linen strips down the sides–a very period solution). My friend suggested I go all-out Japanese, and then people might actually recognize me when they see me.

I guess I could. Certainly I’ve done the research (which for me is most of the fun!) and Japanese clothing is not fitted, plus it can be easily resized. I solved the hair issue with my zukin research. But damn, I’ve always wanted to look like I stepped out of a portrait, and I can’t do that with Japanese, my body shape is all wrong! Even in my skinny days, I couldn’t wear a kimono due to my broad shoulders and generous bosom.

But OTOH, for Gulf Wars, lower-class Japanese would be easy to do, with maybe one court outfit? Opinions, anyone?

The only stipulation is that I have to use what fabric I already own–a lot of various colors of linen, some pretty but polyester brocade, and the fabric from a bunch of vintage meisen silk kimono that I’ve been dissecting for the past couple of years for craft projects. I wonder if the meisen silk could be dyed over? It’s not painted–Meisen was stenciled on the loom, which is why it was so affordable. But I don’t know much about dye at all. As for the linen, I have a few stripes, but most of it is mono-colored (in a variety of shades). I could stencil or block-print it? Even lower-class Japanese loved their textures, that would really add a needed touch.

Shoes: I have a couple of pair of jika-tabi. Need to put in some inserts and test them for long-walk comfort. Zori will not do, when I wear them, my feet hurt the next day, and we’re looking at a week of walking around. I have a pair of geta (that I lent to somebody to wear and they ruined them), but again, not keen.

Hat: Zukin of course, plus I have a couple of straw kasa, one of which is wide enough to approximate an ichime-gasa (top shape is wrong, though). The other one would be better for a man, but I’ve seen pictures of women using those kinds of hats without the veils.

And I need to fit this sewing around my calligraphy stuff. Oh, well, Idle Hands are the Devil’s Playground, right?