A shadow running
There, up on the garden gate
Quick! Or you’ll miss him!

My mother found Bootsie the Cat dead this afternoon, in the back patio room where he spent many an evening. The power was out and the cold was just too much for him. Years ago, Mom and Dad found him starving in the backyard, this tiny black kitten with white boots. They didn’t mean to have another pet, but Bootsie insisted and became very much a part of the household. My father was especially close to him. Bootsie was a bold, charming fellow with a winning personality and a mind of his own. He ruled the yard during the days (unless it was rainy), usually spending the nights in the patio room, although he gradually worked his way onto the couch, dashing away when Dad would wake up in the middle of the night. He was loved, and will be missed.

(My mother and brother both live in San Antonio, Texas. Power is still out at her house, so Mother is taking shelter with my brother and his family. The power is on at his house, but they are under a boil order for the water. Please keep them and all those suffering in Texas in your prayers. Now I’m going back to Lent with a heavy heart.) 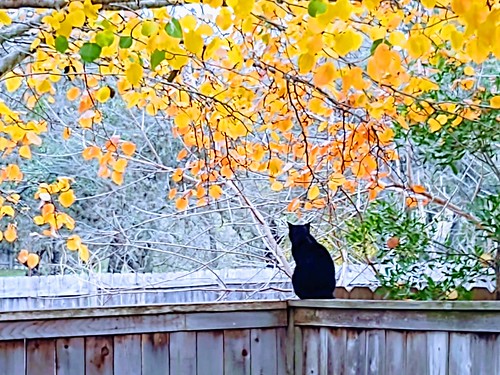 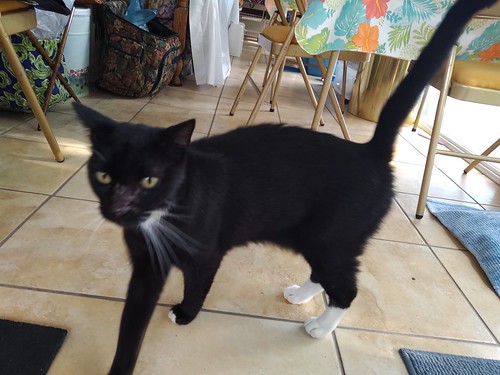 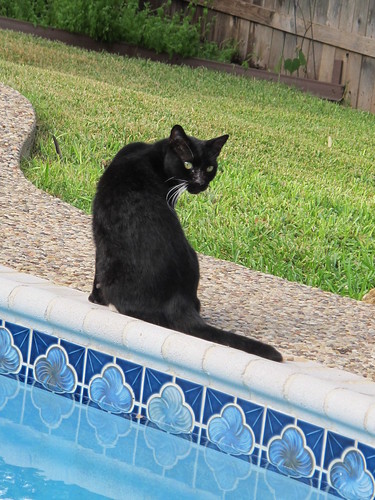