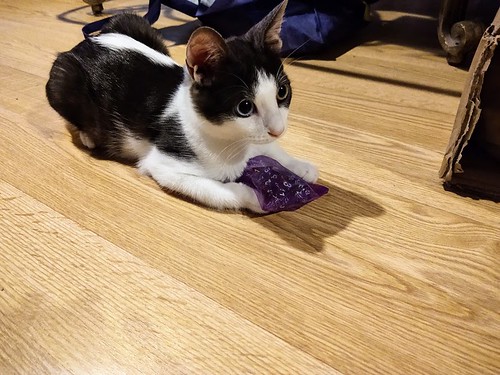 My little Shigure crossed the Rainbow Bridge this afternoon. He had become listless this week, and I rushed him to the vet, who found him dehydrated and running a high fever. We were treating him with antibiotics, but from the blood work, she suspected his illness might be viral. He died before the test came back, so we’re not certain yet. (The other cats are fine, btw.) I have been up the past couple of nights, giving him food and water via syringe, but he never rallied. It has been a heartbreaking loss.

Shigure was the center of #OperationCat, a short-haired black smoke and white Japanese Bobtail. I didn’t know about his odd eyes until later. They gave him a very quizzical look, like he was up to something. Actually, he was just a sweet-natured boy. He was a clever kitten, very strategic in his playing. His favorite toys were the feather toy, Evil Mouse kicktoy, and the sparkle ball. He loved his mother, Smoky, and was usually by her side. He got along well with his playmate, Tsurayuki, and could occasionally be seen chasing aunt Ryoko around.

This has been a great shock. Before this, the youngest pet I’ve had who died was Mirrim, at 9 years old, of cancer. My dear little boy, I will miss him so! 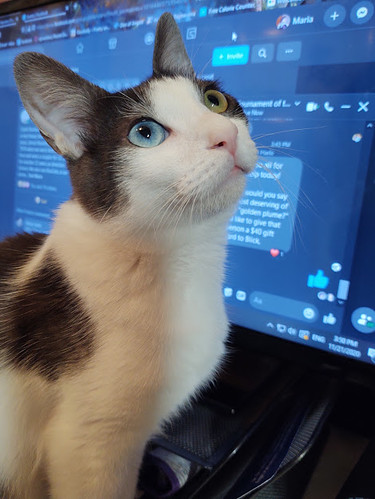