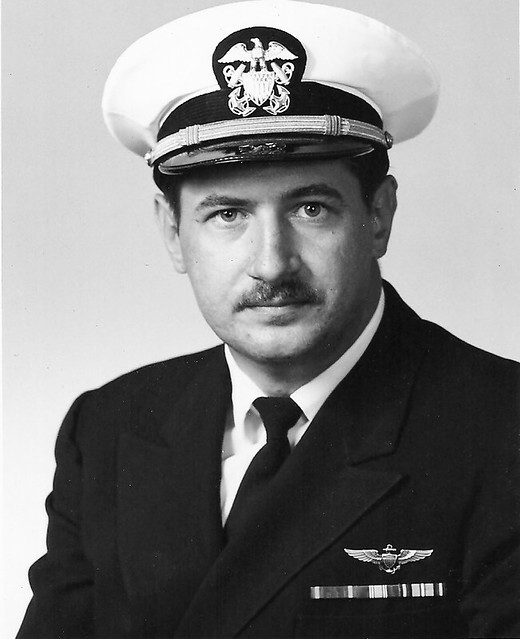 Commander Alex Julius Szabo (USN, Retired), Father, Aviator, Veteran, and Entrepreneur, passed from this life on Tuesday, November 19th, 2019, at his home in San Antonio, Texas. He was 82 years old.

Alex was born on November 13th, 1937 in Miller Heights Township, Bethlehem, Pennsylvania to Julius Szabo and Julia Elizabeth (Polgar) Szabo. He attended Bethlehem High School and graduated from Moravian College in 1959 with a Bachelor of Sciences in Economics and Business Administration. On August 25th, 1962, he married Rozella Louise Byrd at the Naval Air Station Chapel in Pensacola, Florida.

He entered the US Navy in 1960 and trained as an Aviator. While assigned to Naval Air Transport Squadron 3 at McGuire Air Force Base in New Jersey, he flew one of the planes in Operation Dominic, the last above-ground testing of nuclear bombs. He later served 2 years “on the Ice” in Navy Squadron VX-6 at McMurdo Station in Antarctica, as part of Operation Deep Freeze. Szabo Bluff in the Queen Maud Mountains in Antarctica was named after him. Alex also flew C-130 cargo planes into combat zones during the Vietnam War. He finished his military career in the Reserves at squadrons out of NAS Dallas, Glenview NAS Chicago, and finally NAS New Orleans.

In civilian life Alex flew for Braniff Airlines, mainly flying to South America. He was also on the crew of the Concorde during it’s time in the US, one of the few US pilots granted that honor. He completed his flying career at United Parcel Service, working as a Pilot Supervisor in Louisville, Kentucky. During his time in the Louisville area, living in the small town of Lanesville, Indiana, Alex was an active member of the Lions Club and served on the Town Board of Lanesville for several years.

After his retirement, he and his wife enjoyed traveling in their Airstream trailer, having adventures all over the US and Mexico. They settled in San Antonio, Texas to be closer to their grandchildren. Alex enjoyed travel, old cars, airplanes, and was a keen bridge player. He leaves behind his wife of 57 years Rozella, and their two children, Maria Louise (Robert) Gilson of Olathe, Kansas, and Alex Jeffrey (Christie) Szabo of Helotes, Texas, as well as their two grandchildren Emma and Kaitlin Szabo. He is predeceased by his parents, Julius and Julia Szabo, and his sister Helen Kranitz.

A Memorial Service will be held on January 3rd at 10:30 am at Crossroads Baptist Church, 8300 Tezel Road, San Antonio, TX. In lieu of flowers, the family requests donations be made to Disabled American Veterans.