There’s a meme going around Facebook asking “What would you like to see me do more of in the SCA in 2017?” I was going to post it myself, but my husband said it would be a waste of time. “Who cares,” he said, “what other people want you to do? You’re already doing plenty!”

He has a point. So instead, I present a list of things I’m actually working on in 2017. 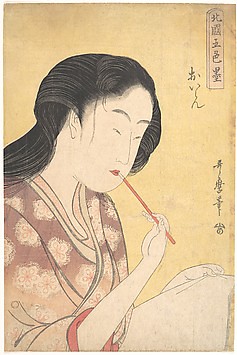 My knight, Sir David Dragonhawk, taught me that service to your local group is vital, because the local groups are the backbone of every SCA Kingdom.

My usual event service is volunteering for troll/gate, not only in our Shire, but for other nearby groups if I am available for that event.

I just recently became part of the Lanner Herald committee, which is working on cataloging the ceremonies of Calontir (peerages, investitures, coronations, that sort of thing). Right now, that involves mostly data entry. I’m hoping to get a chance to write a ceremony eventually. In the meantime, I should learn a lot from assisting in this project.

I’m also trying to comment more for Heraldry entries on the SCA OSCAR system. I’m not great at heraldry (so much to learn!), but I can help with the Japanese names, especially if someone is looking for something not covered in the usual sources.

One of the greatest things about the SCA is how people share their knowledge and techniques. In the real world, you usually have to pay quite a bit to learn some of the skills that people share for free (or cost of materials) in the SCA. So teaching is a way to give back to the community.

It’s also really difficult for me. I’m a hot mess of anxiety if I have to speak up in public. It may be Imposter Syndrome? OTOH, my handouts tend to be excellent, though. But I need to push through the fear and get my butt out there.

1. Kosode Construction Tips and Tricks (documented Japanese stitches, getting that collar on straight, getting lining to lie flat, issues on proportion, etc)–scheduled for Clothiers’ Tailor Track
2. Introduction to Shodo–Japanese calligraphy. My (non-SCA) shodo teacher has been urging me to teach this, and I’ve been gathering materials. Venue is an issue, as I need adult-sized tables and free-standing chairs (not picnic tables).
3. Let’s Tanka!–because Japanese poetry is awesome and anyone can do it.
4. Let’s Renga!–because Japanese poetry is even more awesome when you do it with your friends while drinking.
5. Poetry in Everyday Life–using the Japanese concepts of yugen and mono no aware, I’d like to help students notice the intricacies of small details (the cobweb on the window sill, a single leaf remaining amidst bare branches) and how to use those details to construct poems.

I’d also love to do a class about Japanese Courtiers, but I’m not sure if anyone would be interested. Most people focuses the Samurai, and while they are fascinating, they have not been a main area of study for me.

This blog is also a teaching tool of sorts, and I plan to post here regularly with bits of research, answered questions, and poetry.

Wow, I have such a long list of stuff I want to do! ALL THE THINGS!! Finances limit me to the materials on hand, but fortunately, I’m a hoarder with a lot of materials. What is on my plate at this moment is:

Lives of Famous Women Project: Cecilia de Gatisbury is doing a photography project recreating Richard Tessards’ illuminations of Giovanni Boccaccio’s Lives of Famous Women. The illuminations were done between 1488 and 1496. I have volunteers to do Cornificia, a Poetess. She is 1st Century BC Roman, but is portrayed in 15th century attire. I have not tried to make a dress from this era before, so it will be an interesting challenge. I will be making a dress, underdress, cloak, veil, and felt shoes.

Japanese garb: I put on a lot of weight and most of my old Japanese garb no longer fits, so I’m making new Japanese garb. I’d like to have a court-worthy outfit finished this year, plus some simple lower-class camp garb (kosode, mobakama, ichime-gasa). I’d like to experiment some with construction techniques, reusing vintage kimono silk, or trying dyeing and fabric painting for embellishment.

Norse garb: my man needs his trousers! Alfgeirr has been after me to make a couple of pair of Thorsbjerg trousers for him. I didn’t get them done this year, but he’d like them by Lilies War next summer. He could also use some new tunics, a hat, and a coat. For myself, I’d like to make an apron-dress. Since I’ve sewn a lot in this style over the years, it’s just a question of fitting in the time to sew and learning more about embellishment (embroidery style, card-woven trim).

Fiber Arts: Some of this ties in with the sewing–fiber arts is a “dabbler” area for me. I want to play more with card-weaving and kumihimo, and learn the basics of sashiko stitching and maybe mess around some with dyes.

Calligraphy and Illumination: I’m still taking shodo lessons. Shodo is a lifetime art–there is so much to learn and do and try. I have two projects I want to complete this coming year: calliging the Iroha Poem in a variety of styles and carving some inkan (seals). I want to make a couple of European scrolls as well in 2017, either for kingdom or maybe as prize-scrolls, just to get back into practice. Calligraphy used to be my main art, but I’ve veered more towards poetry in recent years. Still, I’d like to keep my hand in.

Poetry: I’m in the middle of my first 100-poem sequence and wow, it is more difficult than I thought. So I plan to do another one in 2017 (or two, if I can manage it). I was playing around with the idea of straying into European poetic forms, but right now I have my hands full with the Japanese and Chinese. There is a boatload of background reading I have to do, since I have gotten my hands on some translated medieval poetic treatises. This is research heaven, but it also takes a lot of time.

Language study: Japanese language study continues at its slow, self-study pace. I’d be doing this even without the SCA, though, because it is fun.

Research: I want to learn more about the different medieval schools of Japanese Buddhism, as well as how Confucian and Daoist philosophy became integrated into the mainstream of Japanese society. There’s also been more published on nikki bungaku (diary literature), which I would like to get caught up on.

Besides local meetings, I’d like to average an event per month in 2017, finances and health permitting.