I signed up to do an outfit for a project that one of my fellow Calontiri, Cecilia, is doing: she is creating photographic portraits recreating the illuminations in Richard Tessard’s version of Boccaccio’s “The Lives of Famous Women”. You can see the pictures on this Pinterest page. My first two choices were already taken, but I settled on the portrait of Cornificia, who was a 1st century BC Roman poet. The dress is plain compared to some of the others, so I think I can manage it, plus with that pose and the cloak, it won’t matter that I’m so fat.

Boccaccio writes of her that “She was equal in glory to her brother Cornificius, who was a much renowned poet at that time. Not satisfied with excelling in such a splendid art, inspired by the sacred Muses, she rejected the distaff and turned her hands, skilled in the use of the quill, to writing Heliconian verses… With her genius and labor she rose above her sex, and with her splendid work she acquired a perpetual fame.” Her work is lost, but St. Jerome mentions her in his chronicles in 4th century AD, so her work was good enough that it was being read 400 years after her death, and by St. Jerome to boot, who was not an easy man to please.

Here is the picture she will be recreating: 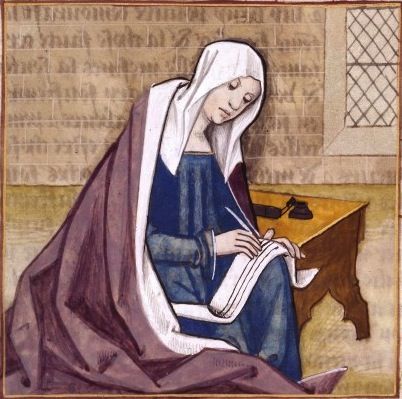 Although color substitutions are being allowed, I think I already have linen in both that blue and the light purple. The tight sleeves look like those of a Gothic fitted dress, but those gathers in front resemble a houppelande? But those tend to have big or hanging sleeves and women mostly wear those belted. This dress is NOT belted. It might be some kind of loose gown?

There’s a similar dress on the Blessed Virgin Mary in The Calvary Triptych by Hugo van der Goes (@1468). Sleeves are a bit different, but the shape of the dress looks similar. 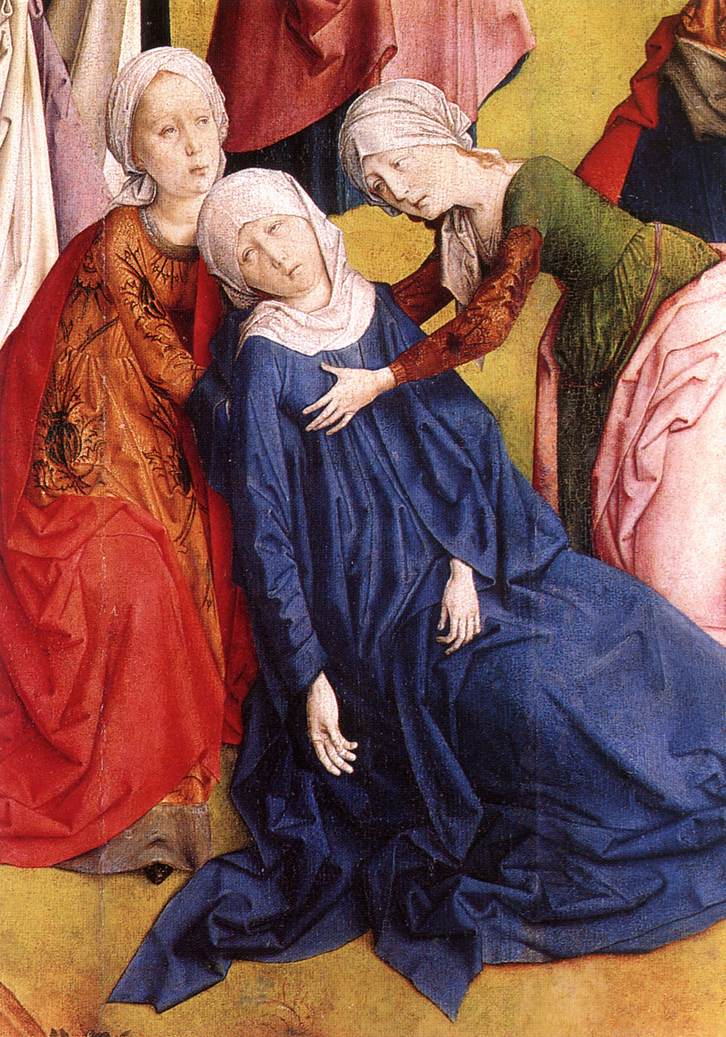 Here’s another example by van der Goes from the Monforte alterpiece. He puts the Virgin Mary in this same style of dress consistently. 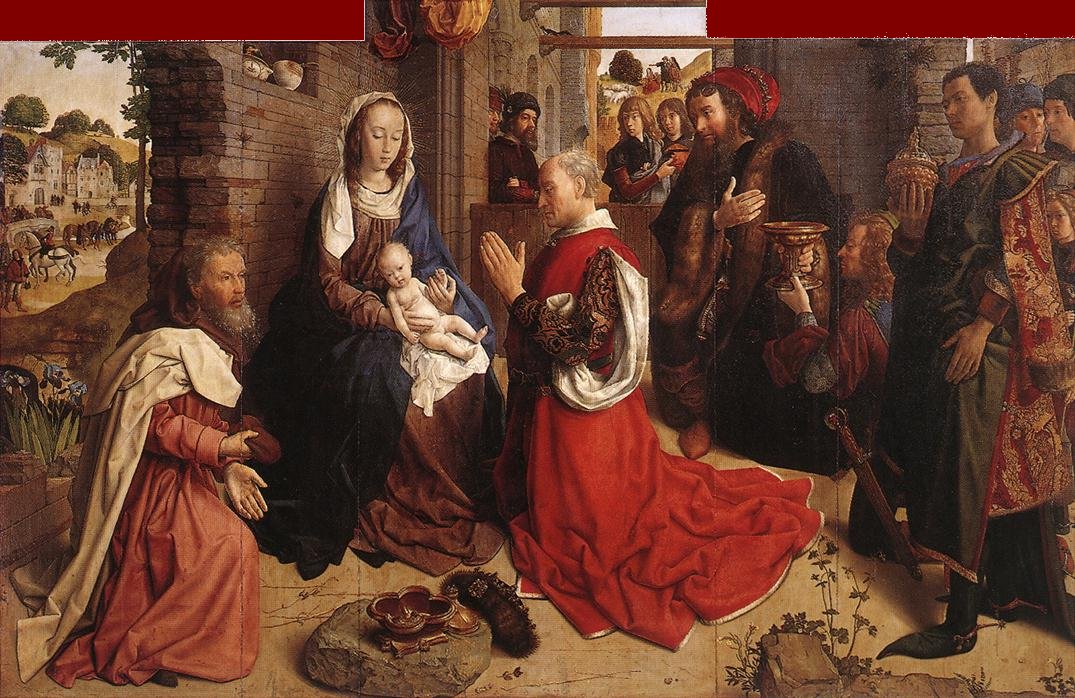 So anyway, have some research to do. I’m going to try to finish this outfit by December, 2017. I will be making the dress, underdress, veil, and shoes (unseen in picture).

One thought on “Cornificia Project”